A few days ago, I've received the package with all the components. Everything (PCB and components) was ordered from a company called NOA Labs, which operates the smart-prototyping.com Web site.I first read about this site in a Dangerous Prototypes blog post. They offer a wide range of services - PCB manufacturing, component sourcing, mechanical manufacturing, test equipment and much more. Let me try to summarize my experience with them.

The company is run by German guy named Alex who lives in China. This is a big advantage, since you can actually communicate with him in plain English. I got very quick responses to all my queries, sometimes instantly. They've been able to get all the components I needed, including the (relatively new) PIC18F24K50, which is absent from most distributors' inventory.
The PCB quotation is quite simple and can be easily calculated using the Web site. Component quotation is trickier. They have no cataloging system like Digikey, Mouser etc., so the component definition must be full and precise. Usually it took them a day or less to return the quotation (it's a small BOM - about 15 parts).
It worth noting their willingness to accept such a small quantity order. Until now, the only way to get a variety of components in small quantity was through the big distributors - which means a lot of money (especially the shipment costs to Israel, which are very high). This is a great new option, I hope it's profitable enough for them to keep it running.

The PCB service is quite conventional, with a minimum of 6 mil track width and track-to-track spacing. The xser PCB design is simple and does not stress these limits in any way. The order is for 10 units, I actually got 12, which is very nice and leaves some headroom for soldering tests and oven calibration.
Visually, the PCB looks very good. It is supposed to be 100% tested (in the order page on their Web site, there is an option to choose between 90% and 100% testing without additional cost ... Hmm, tough decision). There is no certificate, report or other evidence that this test has been actually made, so I'll have to trust them on this one.
Overall, being one of the cheapest options around, I couldn't be happier. 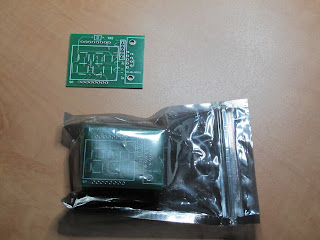 I got all the components I ordered - no missing parts, no spares. The packaging, however, had some quirks. 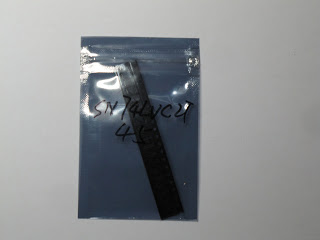 Most of the components came as cut taps, in anti-static bags. This is how things should be. 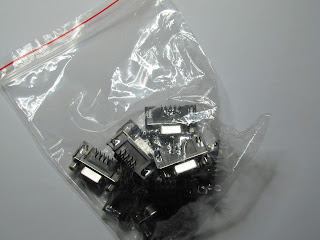 D-Type connectors came in a plastic bag, without any protection on the pins. There are some minor distortions, but nothing that can't be fixed. 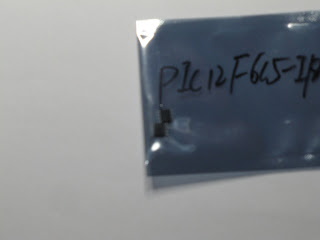 I ordered two PIC12F615s in SOIC package (for a different project). As seen in the picture, their just thrown in an bag. At least it's an anti-static one. This is a no-no. 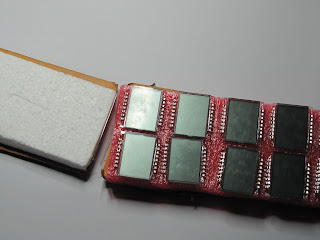 LCD glasses are very sensitive to static charges. They were placed on an anti-static foam, but there was another piece of regular Styrofoam placed on the top. It should have been anti-static as well. 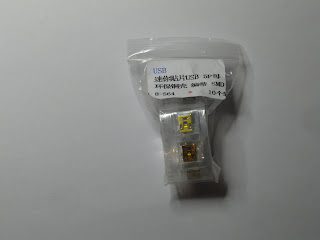 My overall impression was very positive. I'll definitely continue to work with them on my next projects.